Looking for meetings, events, or to reserve a space:

What is The Station?

With a recent opportunity, RecoveryATX has been able to expand our efforts in serving the community. We are now able to provide a physical space for people in recovery to come together in community. The Station is located on the corner of 12th and Chicon and has been host to multiple 12-step meetings and we are proud to announce that we are able to carry forward the spirit in which The Station was created.

RecoverATX’s – The Station Recovery Community Center currently hosts 12-step meetings as well as a local pop-up non-alcoholic bar called SansBar. And we’d be honored if you would join us in creating a safe and comfortable place for people to attend a meeting, event, activity or just hang out. We do hope that in the future you would consider The Station to host your community event or recovery meeting. 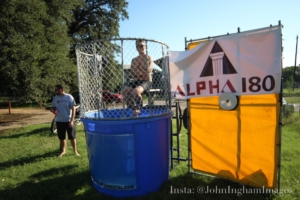 While East Austin as a whole has a very beautiful and rich history deeply rooted in culture and community, the corner of 12th and Chicon, for decades was infamously known as ‘the spot’ to score drugs in Austin. Ask anyone from the community, and they will tell you countless stories of the history of this corner and specifically the building in which The Station now calls home. For many years, undercover police stings were the approach to fix the problem but continuously failed to have any real impact. Most days, as many as 15 low-level dealers were arrested, and the very next day it would be the same thing. This went on for years with no end in sight until the focus was shifted. In the Fall of 2012, the police department decided to try a different approach. They began an intervention program, in conjunction with work with local non-profits and churches, they began to see some real results.

Today it is obvious, to anyone who used to know this intersection, that a major shift has occurred. While the neighborhood still holds on strong to its community and art culture, the drug culture has seen many changes. And much of this is directly the result of the organizations in this neighborhood offering support and resources to those seeking help. Churches like Mission Possible Austin, who graciously rent us our space, and it’s various programs help find jobs for those looking to find a new way to make a living. Also, community organizations like Raasin in the Sun bring together the community through beautification projects and human connection. The Station, which has been home to many people’s recovery through meetings over the past year, will now offer even more recovery resources with its recent join into the RecoveryATX family!

RecoveryATX will be able to provide more community events and activities as well as recovery support and life skills groups. We are open to ideas for programming and really would like to be a resource not only for the recovery community but for the community that we now reside. What’s on the horizon, Peer Recovery Coach Training, Peer Recovery Coach Group Supervision, Life Skills and Job Readiness Classes, Holistic Health Clinic Days, Yoga, Meditation - the sky is the limit!

Help Us Help Others

RecoveryATX and The Station are only able to help those in need when we receive help from others. Consider donating money or time to help us help our community grow and prosper.

Looking for a meeting or event at The Station? View our calendar.

Looking for a spot for your group, meeting or event? We'd love to have you.

Need directions to The Station? Or have a general question?

Reach out to us